Many congratulations to Charlotte Harris (Class of 2010) on the birth of her second child Albert (Bertie) Brennan.

Charlotte told us, "Bertie arrived after a speedy and dramatic journey to the hospital on the 16 January 2022. He weighed 7lbs 9oz and is the spitting image of his big sister Aurora-Rose. We are all happy, healthy and enjoying being a family of four, whilst embracing the craziness that two under two brings!"

What fantastic news and we send our very best wishes to them all!

Congratulations to Amii Hall (nee Steele) (Class of 2001) and her husband Matthew on the safe arrival of their first child, a daughter Evelyn Elizabeth Hall.

Amii comments, "She’s growing well, has a cheeky smile and we are enjoying the challenge and the joys of being new parents!"

We were delighted to hear of the safe arrival of Poppy Elysia Taylor. Poppy is the first child of Sophie Taylor (nee Hine) (Class of 2006) and her husband, Phil.

Poppy made a very swift arrival on Friday 1 October at Warwick Hospital, weighing in at 7lb 5oz.

We're pleased to hear that the new family are doing great and wish them lots of fun in their new adventures together!

Congratulations to Charlotte and Kieran Mundy who married in the Lake District on Saturday 5 February 2022.

Charlotte, nee Moulding, Class of 2014, takes up their story:

We got engaged in October 2020 and booked our wedding for February 2022 thinking Covid would be well in the past by then. Luckily we didn't have to wear masks and there were no restrictions on numbers so it was a normal wedding; although we both isolated the week before to ensure we didn't catch Covid and have to cancel the wedding especially for myself working as a nurse on a children's ward.

We always knew we wanted to get married in the Lake District as it is so beautiful and we go there regularly. It always rains in the summer when we go so we thought, booking February, we would get a nice cold, crisp day with blue skies and some snow....... we got that wrong. It rained, it was windy, there weren't any blue skies. When I say windy, I'm not exaggerating. The photographer had his flash gun on a tripod behind us on the lake jetty and it got caught by a gust of wind and fell into the lake. He then proceeded to strip and dive into the lake after it. This was all before the wedding breakfast.

During his speech my dad mentioned my time at Princethorpe, talking about my photography classes with Mr Hubball and choir tours to Barcelona and New York. We went outside whilst all the guests were still sat at their tables and they watched as my veil flew unaccompanied past the window. After a sparkler shot, I had my hair fixed by my bridesmaids and joined the rest of the guests and the DJ for cake cutting and the first dance.

We had a lovely day and as I write this we are travelling to the airport to jet off to St Lucia on honeymoon.

Will and Katie Phayer Marry At Princethorpe

Many congratulations to OP Will Phayer (Class of 2009) who married his wife, Katie, here at Chapel of Our Lady of the Angels last summer.

Will comments, “It was lovely to be back at Princethorpe for such a special day. The chapel still reminds me of school Masses or talks from guests. Now I have another special memory to add, getting married to my wife. It was very easy as a student to take such great surroundings for granted but coming back for special events such as getting married really reminds you how special Princethorpe is.”

Will is currently running his own business as a Registered Firearms Dealer escorting tourists round the UK shooting and acting as a sporting agent. His wife Katie is Head Nurse at the intensive care unit at Willows Veterinary Referral Centre.

We wish both Will and Katie a very long and happy life together.

Sad news reached the Old Princethorpians that Ian Moss, who attended the College from 1969 to 1972, passed away on Monday 18 October, after a long battle with cancer.

Ian was a much loved husband, father, grandfather and friend and is fondly remembered by all for his sense of fun, joy, honesty, cheerfulness, support and kindness. He was always willing to help everyone.

We send our sincerest condolences to Ian's family and all his friends. 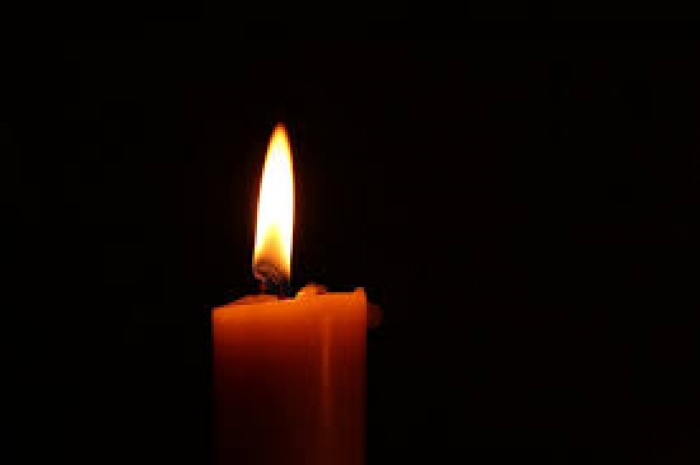 Just before Christmas, very sad news reached the Old Princethorpians that James MacFarquhar who attended the College from 1983 to 1989, had passed away peacefully on Saturday 4 December.

"I am sad to report that, Old Princethorpian James MacFarqhar passed away in December at the age of 51. He leaves behind his wife Sue.

He attended Princethorpe from 1983 to 1989. He left Princepthorpe having completed the sixth form and went on initially to teacher training at Newman University, Birmingham. Having decided teaching was not for him, he moved to Keele University to read computer programming. From 1995 James was a computer software engineer at BAE Systems. James moved to Hull in 2007 where he met his wife, Sue. James changed jobs to be an IT technician at Hull Royal Infirmary, taking early retirement in 2014.

James was born with severe congenital heart disease (Eisenmenger's syndrome). Throughout his life, he underwent a number of procedures and operations to help to manage the condition and as he got older he constantly outlived his prognoses, eventually becoming a patient with adult congenital heart disease, a speciality that was developed and grew around patients like James.

James and I met in the first few days of starting Princethorpe. James had been moved into C3, the form I was in, as the class’ timetable involved less movement around the school. We quickly became close friends. Our birthdays were within a day of each other. James was instrumental in setting up the Dungeons and Dragons club at the College and we established a close group of friends, spending many hours playing D&D in the school library.

When we left school James and I kept in touch. On one occasion James came to spend a weekend with me in Devon. It was the day of the solar eclipse and we decided to walk up to Dartmoor to watch the event. It seemed like a good idea at the time. It took quite a while as James struggled with the hill due to his health. In true James spirit, he never complained and never gave up.

It was a delight to attend his wedding to Sue in 2010. It really was a joyous occasion. A few years later James was my best man at my wedding. It was an honour to have him as my support and he did a fabulous job keeping me calm throughout the day.

In more recent years, we kept in touch through social media and occasional phone calls. James and his wife Sue enjoyed travelling and we enjoyed comparing the cruises we had each been on. James took up photography which is something he was rather good at, although he would never admit it.

During the last two years, James’ health began to deteriorate. He never let it get him down and he faced each new challenge with optimism and determination. With the pandemic in full swing visiting was difficult but our group of OPs managed several zoom calls with him, sharing news and reminiscing about our days at Princethorpe and the mischief some of us got up to.

James died of heart failure, a complication of his condition, at the age of 51, his life expectancy at birth should not have seen him reach adulthood. Babies born today with this condition have a far better prognosis and the chance of leading near-normal life's partly due to the courage of people like James who initially trialled treatments and underwent the procedures that are more refined and commonplace today."

We send our sincere condolences to James' family and all his friends.