We are delighted to share the news that Charlotte Jenkins (nee Pickin), a 2010 leaver, and her husband Oliver welcomed their son Henry Robert Jenkins on 15 October 2021. Henry was a week late and weighed in at 9lbs 9oz.

Luckily, he got to meet some of his immediate family before the November lockdown! Charlotte told us, "Now six months on he's eating everything in sight and can't wait to be on the move! He has been such a star throughout these various lockdowns - he's certainly kept us going!!"

What a lovely lad he is - our congratulations to you all.

Oly Perkin (Class of 2006) and his wife Beth are celebrating becoming a family of three with the safe arrival of their beautiful daughter, Etta Gwen Emily Perkin. Baby Etta arrived on Good Friday (2 April 2021) weighing in at 7lb 1oz.

Congratulations to them all! 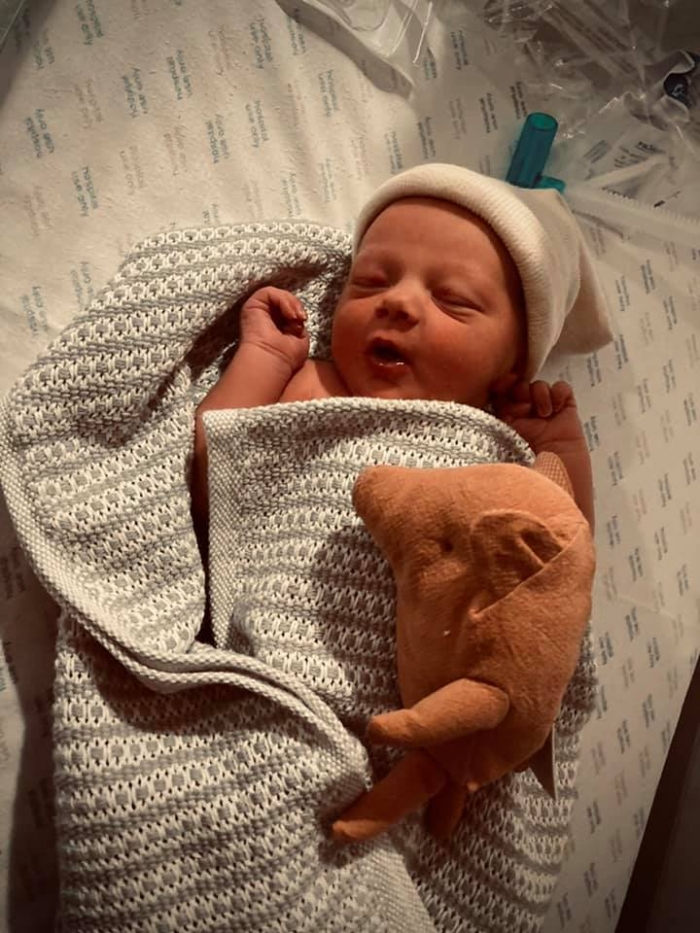 Many congratulations to OPs Tom and Sarah Edwards (nee Ansell) (both leavers of 2003) on the safe arrival of baby Artie who arrived on 10 April 2021, bright and early at 5.55am. An early birthday present for Tom!

Wishing them all the very best with their new addition to the family.

We were very saddened to hear of the death of former St Mary's Priory pupil Elaine Barry (nee Morris).

Elaine died peacefully in her sleep on Monday 12 April 2021, just a few weeks after her 89th birthday. Born Bryn Myrddin, Abergwili, Carmarthenshire 1932. She attended Princethorpe with her sisters, and loved attending the celebration events over the years. She really wanted to contribute to the Centenary memories, and just before she died, she managed in very scrawling handwriting, to write these words - which she wanted Princethorpe to have:

“Now aged 88 and no longer able to walk, my time at Princethorpe in 1943 and subsequent seven years there, should partly be shrouded in the mists of time, yet so much remains as clear as a bell, and I still look back on my time there with fond appreciation for its high standard of both academic and spiritual education.

There are many highlights, some of which I will try to record.

First, the red brick tower seen for miles around, made from the local clay, dug partly from the centre of the enclosure grounds, resulting in a small pond called Switzerland, in which we were allowed to swim in hot weather. The large wooden entrance gate only opened for taxis with trunks, at the start of term, and once I remember a small bus conveying the nuns out of their enclosure to the nearest polling station.

The whole geography of the place starting with the numbered lockers for hockey boots or tennis shoes in a kind of lobby from which we emerged for several different activities. My daily short run around the outside of the big walled garden- the walk through the lime tree avenue, on past the dark sunless side of the walled garden, then following the path to the left as it rose steeply to the close mown area-used for hockey in two terms and rounders in summer.

I loved watching the larks ascending high above, or the occasional flashing of a woodpecker or magpie. The nuns in their long black scapula with white face bands would follow the same track early on past the hockey pitch for a longer distance, down towards the brick kiln, in silent pairs.

I was games captain for a time, and in charge of matches both home and away.

Inside, I remember well the cloisters, the church with its splendid high altar, the nuns’ choir stalls from which I first learned plain chant; the postulants (on trial as nuns) in the front pews, Rev. Mother Prioress in her single seat beside the lovely statue. The organ played by M. Emmanuel, Fr Droyer, the chaplain.”

Assistant Head, Alex Darkes, who has had many dealings with the St Mary's Priory former pupils or VSOPs as we like to call them, remembers Elaine here:

I got to know Elaine through her visits to Princethorpe for St Mary’s Priory reunions and she was one of our most faithful supporters. The connection is very special to me, as I attended Princethorpe as a boy and have been on the payroll for over forty years, so the school has been absolutely central to my life. Meeting Elaine, with her vivid memories of her own school days, was fascinating to me, as it filled in so many pieces of the jig-saw during the St Mary’s Priory era. Elaine remained totally enthusiastic about Princethorpe and it was important to her; it would have been easier for her to concentrate on how things were, but she was very interested and engaged about the school of today and enjoyed its progress and success. She would also telephone from time-to-time and I had hoped when things improved that a couple of us would be able to visit her, but sadly that was not to be.

Elaine was someone with enormous warmth and integrity: she celebrated academic rigour, spiritual direction and a strong moral compass. In order to re-visit Princethorpe she also showed enormous determination and never let her lack of mobility get in the way of coming to see us.

Elaine is pictured at the far left of the front row of this picture from the September 2016 St Mary's Priory Reunion.

Our sincere condolences go out to her family and friends at this sad time.

Tragic news reached the Old Princethorpians at the end of March. OP Tom Williams, who left Princethorpe in 2005, had passed away suddenly in Vietnam where he had been working as a teacher.

Our deepest condolences go out to all his family - his parents and brothers, Edward and Peter, to his girlfriend and his wide circle of friends. 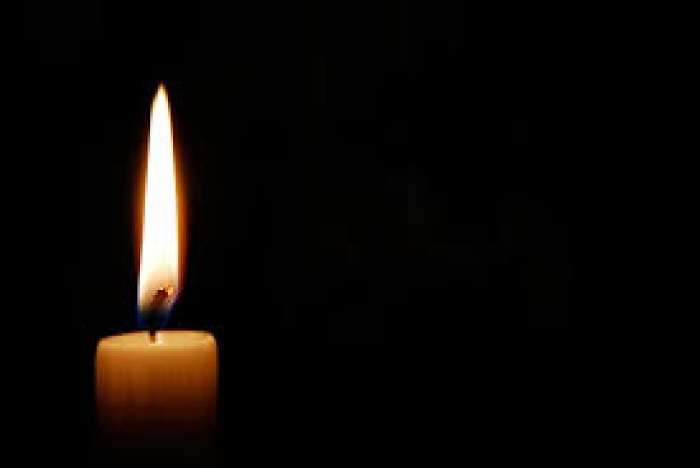 The Princethorpe community was saddened and shocked to hear of the death of Oliver (Oli) Perry OP on 15 April 2021.

A pupil from 1986 to 1992, Oli was a keen and popular rugby player and went on to study at Crewe and Alsager, returning later to Leamington Spa. He was heavily involved with the World Natural Bodybuilding Federation, had been British Champion twice and held the double WNBF World Champion award.

Oli’s brother, David, is also an OP and the family were closely involved with Princethorpe, as key members of the Parents’ Association. Oli’s father, Martin, is a former Chair of the PA and also one of the first trustees.

We send our heartfelt condolences to Martin, Emma, David, their family and friends.