We are delighted to share the news that Oli Kelly, a pupil at the College from 2002 to 2008, and his wife Anna welcomed their son, Joshua Jacob Kelly, at 3.11am on 17 January 2021. Joshua was born at Warwick Hospital, weighing in at 7lbs 6ozs.

Best wishes and congratulations to you all. 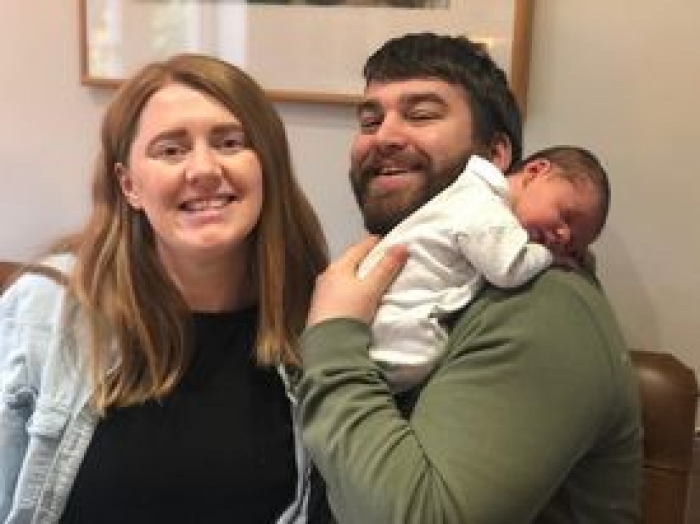 Matt writes, 'Hannah and I were delighted to welcome our son, Charles (Charlie) Luca Bradley on the Thursday 4 February at 20:21! He was three weeks early in the end and weighed in at 6lbs 7ozs. He is very much lulling us both into a false sense of security of sleeping most of the day and being a dream baby! Everyone is delighted he is here and he has most certainly lifted the spirits.'

Many congratulations and best wishes to you all.

Ed And Emily Hunter Celebrate The Arrival Of Hettie

New Dad, Ed told us, "Hettie didn’t want to wait around and was here within an hour of arriving at the hospital! Mum Emily, a Stratford-upon-Avon local, and Hettie are doing really well."

2006 leaver Ed, his wife Emily and baby daughter Hettie are looking forward to a UK trip in the summer for Hettie to meet all her family, but for now she’s quickly becoming a Zoom star!

Congratulations to you all! 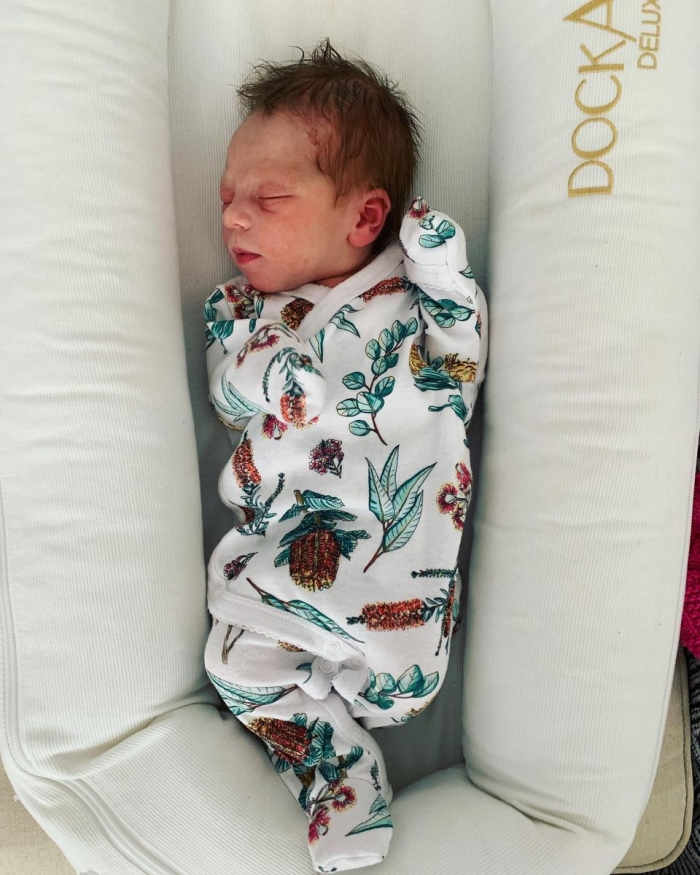 We were saddened to hear that, Old Princethorpian, Martin Heffron had passed away in Maitland, Newcastle, NSW, Australia, in December.

Martin, who was 58, was married to Meg and has two sons Thomas and Sean. He was a highly respected Chartered Accountant who had co-founded a successful pension consultancy.

He attended Princethorpe College from 1973 to 1980, joining the school from St Bede's. He left the College after completing Sixth Form and went on to study at Nottingham University. While at school he played for the 1st XV Rugby team and his interest and commitment to sport continued throughout his life.

"Martin and I first meet in September 1976 at Princethorpe when I started ‘C’ Form.  Martin had been at St Bede's College for two years, so he was already an old boy. We got to know each other over the next few years, I am not sure how that happened as Martin was very sporty, he was in the school Basketball and Rugby teams, but we seemed to get along as a good group of friends, including Eamonn O’Brien, Anthony Jarvis, Michael Kendrick and others.

As weekly boarders in the Lower Sixth (1979) we shared a room in the Covent, Martin was Head of House – Benet or Moore I can’t remember which.

Over the next few years Martin got an honours degree in Zoology from Nottingham University, where I visited him a few times and we went on a few short holidays together. Near to the end of his course, due to external world events, the troubles on South Georgia, he lost the opportunity to do a PhD, so decided to become an Accountant instead.

Martin exceled in his accounting training and became a Charted Accountant. After he got married, he took an opportunity with Coopers & Lybrand to relocate to Sydney, Australia in 1986.  I had always wanted to visit Australia so in 1988 I took advantage of his spare room to use as a base spending three months traveling around New South Wales, the Northern Territories and Queensland and going to events in Sydney.

Martin and I lost contact between 1996 and 2006, but on my return to Australia in 2007 we reconnected, and it was always a pleasure to talk in person usually when Martin was in Brisbane for work.

Martin with Meg his second wife had started their own business, moving out of the big city (Sydney) to Maitland in the Hunter Valley, two hours north.  The business they set up provides administration and professional services to the SMSF (personal pensions) industry and over the years has become one of the biggest and most highly regarded in the country. Martin undertook several roles in the business as it grew over the years, there were many discussions of where and how they wanted to position the business and how to look after their staff. I had the privilege of hearing about these as a silent friend and sounding board.

Last year Martin had was diagnosed with an aggressive form of skin cancer, and had two major operations, followed by Radio and Chemotherapy.  I had plans to travel down to Maitland to support Martin like he did for me when I went through stomach cancer ten years earlier, he would fly up to Brisbane, just to be with me for the day and giving my wife a few hours for herself. However, COVID kept getting in the way. Two days away from the end of his treatment he had a massive heart attack and passed away in the arms of his wife Meg, with his eldest son Tom nearby.

Although Martin and I were not in each other’s lives every day, we were close having shared so much of our lives.  He was one of the most thoughtful, intelligent, kind people I have ever known.  I am missing him, often wishing he was here, especially when something happens and I think, I will share that with Martin when we next speak."

You can read Martin’s Eulogy written by his wife Meg here and the Order Of Service here.

The College remembers Martin as a naturally affable young man who made it his business to get along with everyone. He was someone who was imbued fully with the Princethorpe spirit. We send our condolences to his family and friends. 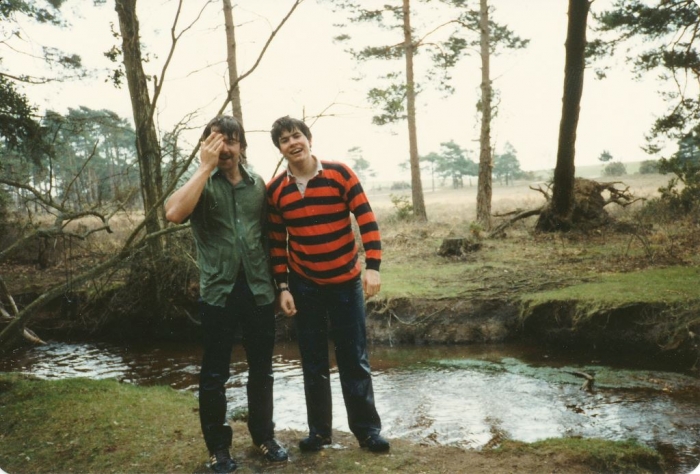 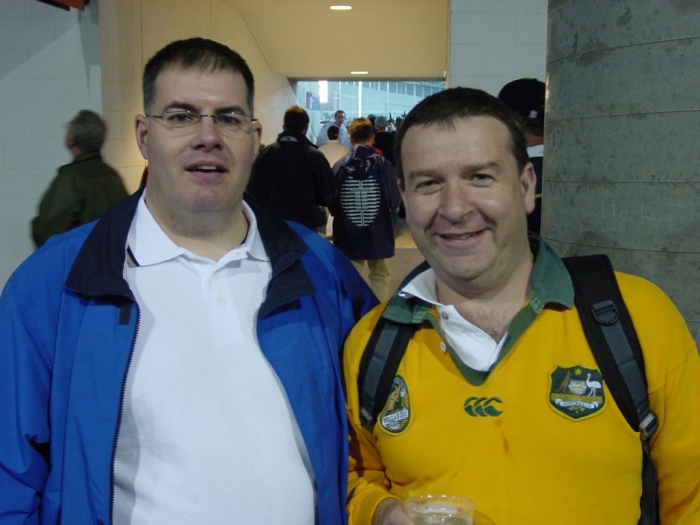 We were saddened to hear that Old Princethorpian, Martin Knowles, passed away suddenly on Sunday 6 December 2020. Martin attended Princethorpe in the late seventies, joining in September 1977 when he was 13.

Martin is pictured here (right) with Anthony Ku who remembers him as 'a gentle giant’ and ‘a very nice chap' and Anthony shares his memories of him here:

"It saddens me to share the news of the recent loss of our school mate, Martin Knowles. I was informed by a fellow classmate that he passed on in December. It was a real pleasure to get back in touch with Martin in July 2015 after leaving Princethorpe in 1983. During his life Martin made several trips out to Borneo a part of the world he loved and in April 2016 he made a transit trip to Brunei while on the way to Kota Kinabalu, Malaysia and we welcomed him to our humble home where he stayed for a night.

During that short but memorable trip, he enjoyed a day's tour of Brunei and we shared great moments reminiscing our school days and stories of past school mates and staff. He was fond of my family and always mentioned how much he missed us all in Brunei. He did try to return last year but sadly, it was not the ideal year for travel.

I will always remember Martin as a very nice friendly fellow student, he was a ‘gentle giant’ (being Asian, I was a dwarf in comparison). He had such a humour and kept me laughing in all our conversations (both back in Princethorpe and even in our last meet). I am happy and glad that, even for a short moment, my family had the chance to meet and know him. They had a fun time while he was staying with us and were equally shocked and sad to hear the news. May he rest in peace. I hope that any fellow old Princethorpians who know Martin will remember our friend in their prayers."

Alex Darkes, Assistant Head, also remembers Martin fondly, “When I came back to teach at Princethorpe in 1979, Martin was boarding and was a huge help running our audio-visual services in his spare time and I got to know him well. We both shared a great passion for cars, so conversation was easy and I remember his first Saturday job with the Ford dealership in Banbury, when he sold a new car to one of my friends. After Martin left school, if he was passing through Leamington he would call in to demonstrate the latest car and to catch up on news; we rather lost touch when he went to live in the Middle East, but he came to an Open Day a few years back and it was great to see him again. I shall always remember Martin with huge respect. He was very ambitious about his career direction, had a well-developed sense of humour, was of enormous integrity and very kind.”

Although Martin hadn't been in touch with the College for a while, at the time of his death he was still living relatively locally in Lower Boddington.

We offer our condolences to all his family and friends. 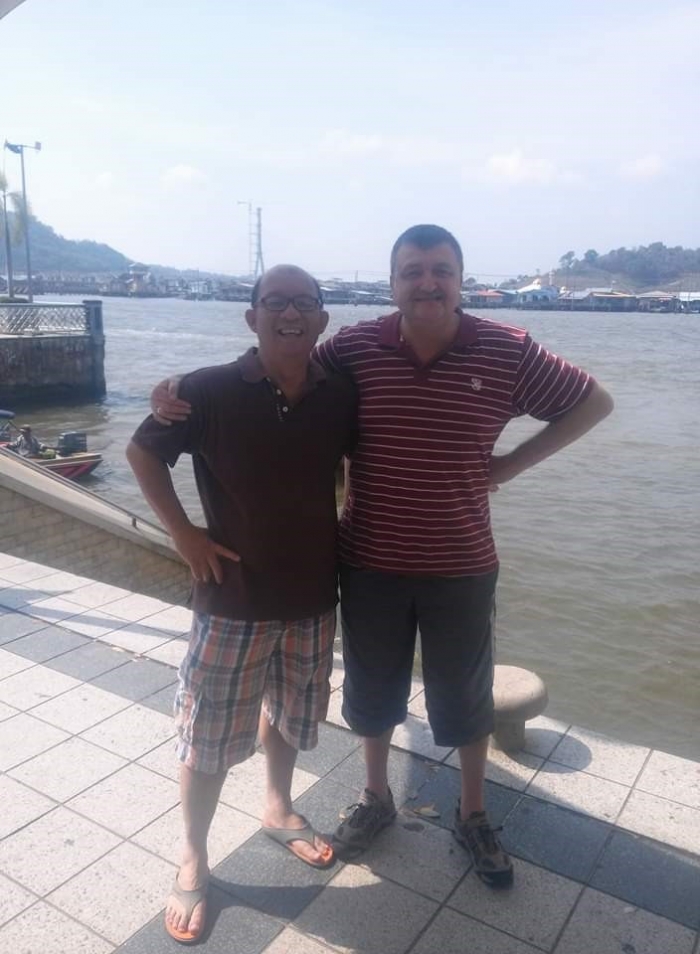 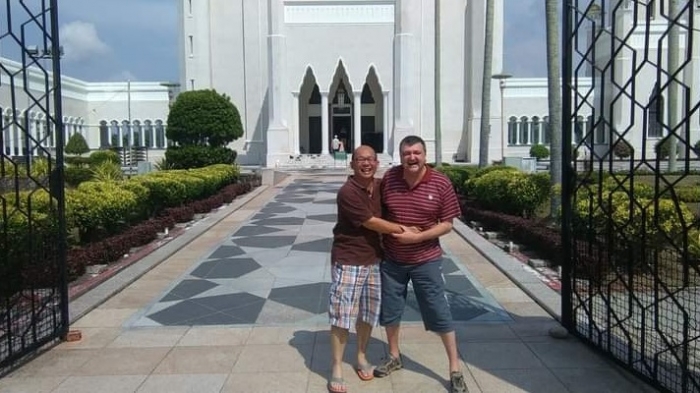 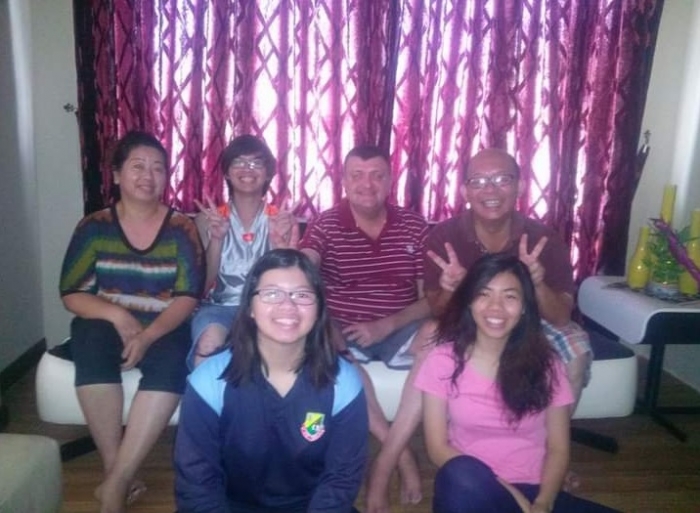 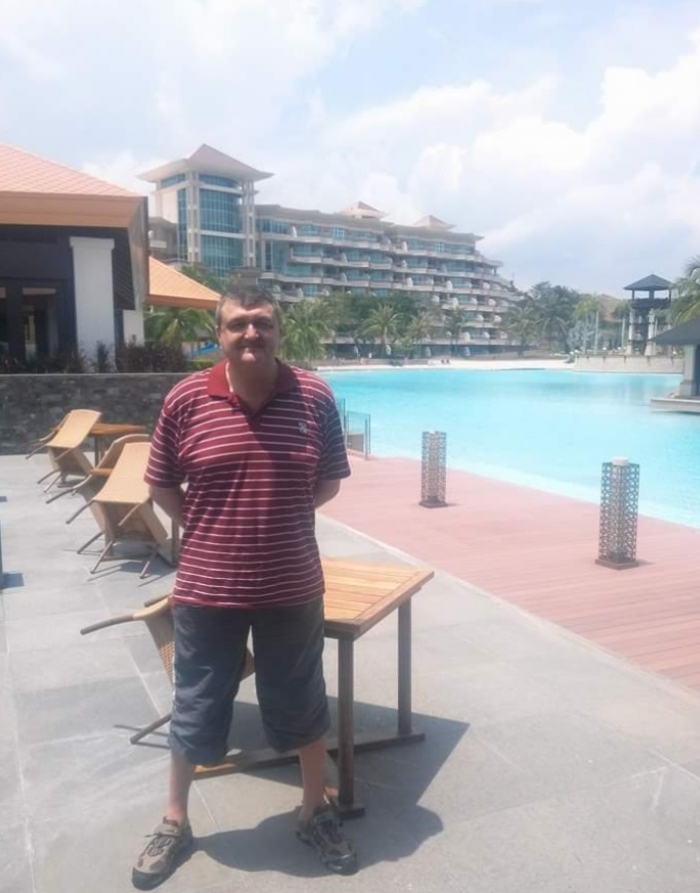