On their visit Ian Callum and Phil Popham toured the school and grounds, taking in the Design and Technology workshops and the Art studios as well as the wider campus buildings and grounds. They also visited the site of the new Science building, heard about the school’s plans for improvements across the campus and the work underway to drive the Science+ fundraising campaign forward.

Ian Callum and Phil Popham were impressed by Princethorpe College’s strong design heritage commenting, “This school has got it right, the creative design and STEM subjects are hugely important for all our futures. It will be down to the young people of today to address the challenges and schools should be equipping them with the skills to do so. The design work on show here at the College is just amazing.”

During the tour Ian and Phil met with Sixth Form Product Design students and took time to answer their questions on a wide range of topics that ranged from their route into the design world and the process of design through to the challenges facing designers today.

Our Director of Development, said, “It’s been a privilege to welcome Ian and Phil to Princethorpe and showcase all of the fantastic work our pupils and staff are doing. We’re situated right in the heart of the UK automotive industry here in the West Midlands, and it has been incredibly valuable to hear from two giants of the car industry that we are getting things right here at Princethorpe with our STEAM agenda. Our Science+ Campaign, which includes the building of a brand-new, 10 laboratory Science Centre embodies our STEAM agenda, which will not only transform our teaching and learning of Science, but also hugely upgrade our Art department.” 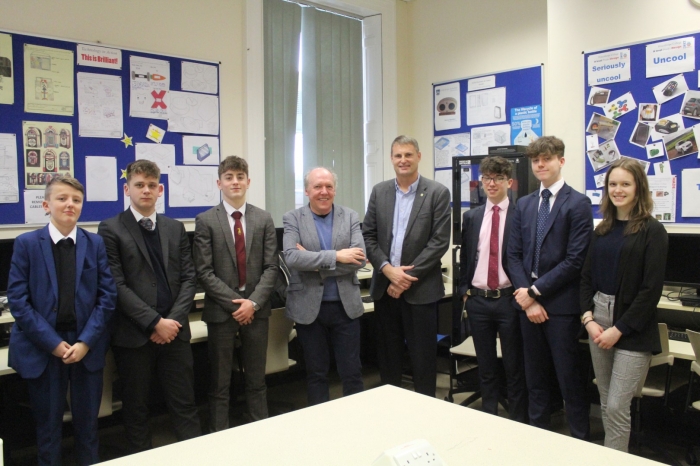 On Sunday 8 March, 91 walkers from Princethorpe College trudged just over 2,000 miles to raise money for the charity Mary’s Meals.  For the twelfth consecutive year Sixth Formers and staff laced up their walking boots and took on the challenge of walking 24 miles in seven hours.

The route followed a big loop around the side of Coventry from Ryton to Meridian, taking in varying terrain. This year’s relentless rain made for waterlogged conditions underfoot but thankfully the weather remained clement on the day.

They were followed home by a procession of jubilant finishers with the final walker completing the challenge at 6.16pm.

Organiser of the event and Assistant Head of Sixth Form, Mr Rod Isaacs, commented, “As always there was a wonderful spirit of camaraderie along the route. Everyone was helping each other and keeping focused on the aim to raise as much money as possible for impoverished children around the world.”

Through the College’s fundraising, 622 children at Makalanga Primary School, in Malawi, are already receiving a daily meal in school for the first time.

There is still time to support our Sixth Form walkers, and through them the children of Makalanga School. 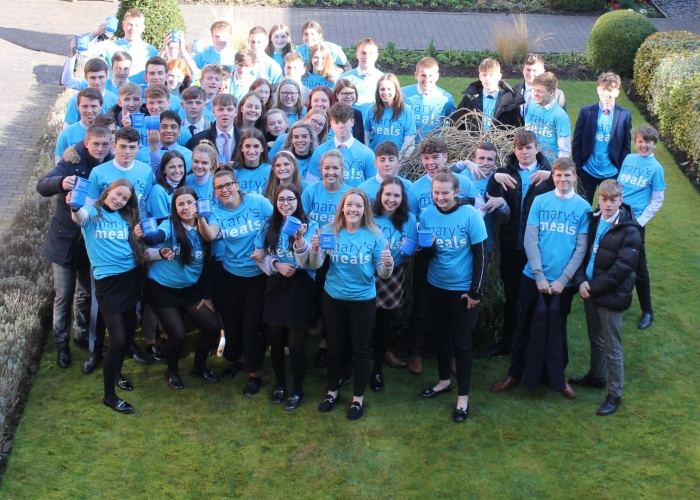 The BBC's Father Brown is back on iPlayer, so if you missed seeing Princethorpe featuring in this popular detective series then now is your chance.

The College's church and gardens were used in Series 1 in the sixth episode, called the Brides of Christ. The episode was filmed back in the summer of 2012 and featured some of Princethorpe's pupils as nun extras.

In the episode two nuns die in mysterious circumstances at St Agnes convent, and Father Brown investigates with the aid of Sister Boniface, an eager young fan of detective novels.

Why not settle down to watch - you will see the College in a whole new light! 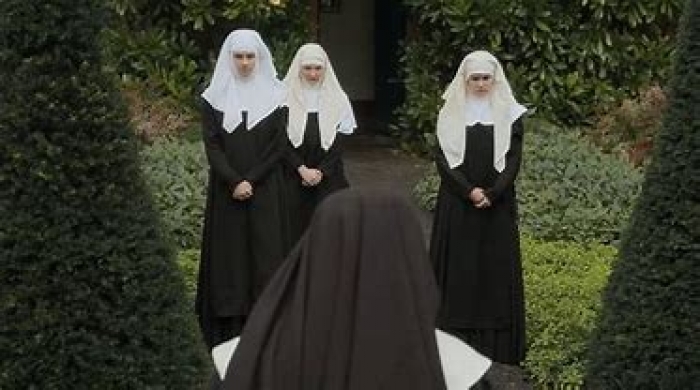 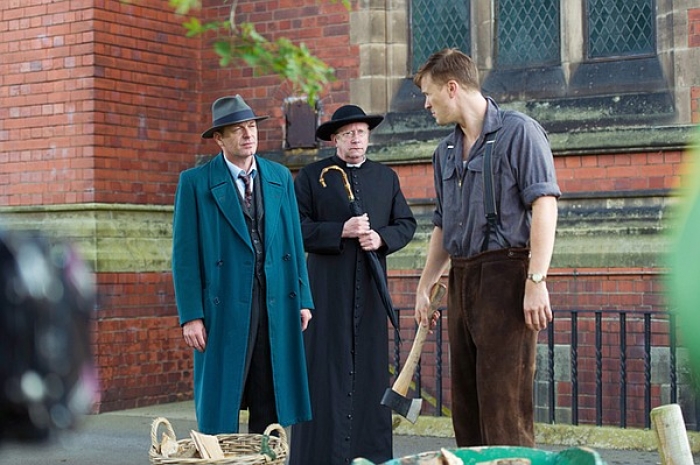 Princethorpe College’s Virtual Winter Sports Awards took place on Thursday 30 April. It was an opportunity to recognise the achievements of the College’s young sportsmen and sportswomen at all levels and across all sports.

Host for the event was Assistant Head Co-curricular, Neil McCollin, who led the special virtual celebration of this season’s sporting endeavours, and the event included a special guest appearance by a sporting global superstar, English international cricketer and current vice-captain of the England Test team, Ben Stokes.

Ben kindly agreed to be involved as he is a childhood friend of Head of Boys's Games, Mike Turns.

The award ceremony began with a summary of the performances of the College’s sports team. Coaches reflected on the past season and for each team awards were announced recognising endeavour, progress, coach's player and most valuable player. The wide range of sports and the sheer numbers of pupils involved, a testament to the importance of sport to life at the College.

Mr McCollin then went on to announce the teams of the season for which there were many contenders. Reflecting on the team’s success, the numbers of fixtures played and the opponents faced, the Girls Sports Team Of The Year was awarded to the U15 Hockey team. For the Boys Sports Team Of The Year, after considering the strength of the opposition and the fixture lists the award went to the U13A Rugby team.

Then it was the turn of our special guest speaker, Ben Stokes, who began by reflecting on the importance of sport and the role it plays in the lives of young people. Ben was delighted to announce the individual sports prizes congratulating each of the winners, they included:

Ben finished by saying, “Congratulations to all of the winners, a fantastic effort from everybody.”

All in all it has been another very successful season for the College with plenty to celebrate, albeit in a virtual way. 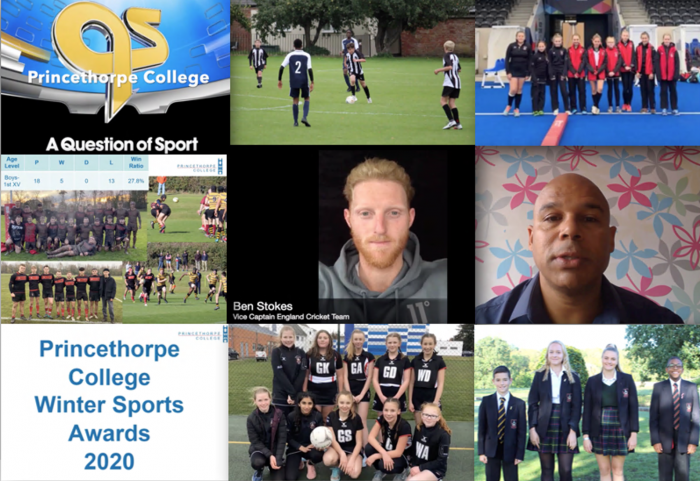 The new Princethorpe College Prefect Body for 2020-2021 was formally inaugurated into their roles in a virtual ceremony shared with the College community and parents on Friday 17 April.

The outgoing Head Boy, Jack Bent, and Head Girl, Leah Dunkley, gave a poignant speech reflecting on their year in office and time at Princethorpe before wishing the new Prefect Body well, and handing over the keys of office. Mr Ben Collie, Head of Sixth Form introduced the 2020-2021 Prefects for the first time, before the smartly attired group spoke individually to their audience about themselves and their hopes for their new roles, before the new Head Girl, Abbie O’Carroll-Bailey and Head Boy Jack Neale concluded the ceremony with a prayer.

The roles of office for this year are:

Marketing and Communications Prefect
Will Marshall

The College wishes good luck to the new prefect body for the year ahead and extends warm thanks to the outgoing prefects, they have given great service and we wish them all the best for their upcoming exams and future endeavours. 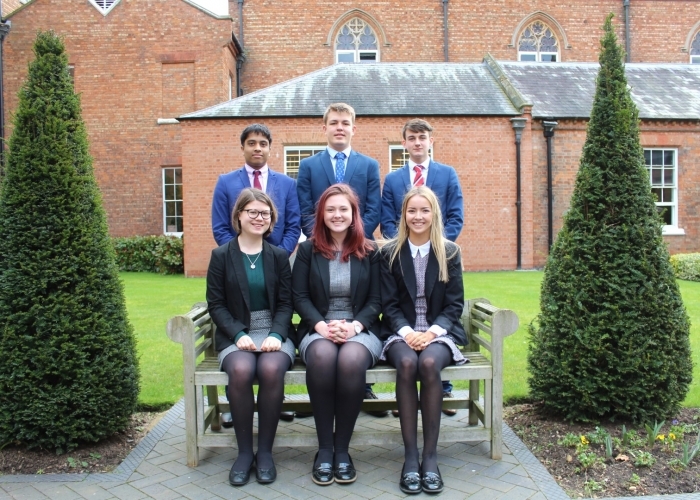 Thanks to the wonders of technology and the dedication of our fantastic Director of Music, Gil Cowlishaw, at the end of March Princethorpe hosted its first ever ‘Socially Distanced Spring Concert’.

Mr Cowlishaw masterminded the event which involved around 60 members of the school community, including pupils, staff and peripatetic music teachers, all performing from home.

Via Microsoft Teams he shared parts for a host of instruments, for sopranos, baritones and altos and created a ‘Virtual Conductor’ video to bring all the musicians and singers together into one harmonious whole for a special combined performance of Elbow’s hit One Day Like This.

Comments Mr Cowlishaw, “Nothing, not even a pandemic, was going to stop us having our Spring Concert. Elbow's anthemic hit, with it's main lyrical theme, seemed a fitting and uplifting choice for our finale and the times we find ourselves in." He continued, "The ‘virtual’ concert really captured everyone’s imagination and I’ve been overwhelmed by the response, it’s amazing!”

In addition to the flagship performance there was a host of other musical items including traditional and more contemporary pieces and even some improvisation.  The musicians involved ranged from Year 7 to Upper Sixth and musical grades 1 to 8. The concert took over 100 hours to piece together, not counting the time spent by the individual contributors.

It was a wonderful uplifting event and you can view the finale piece here. 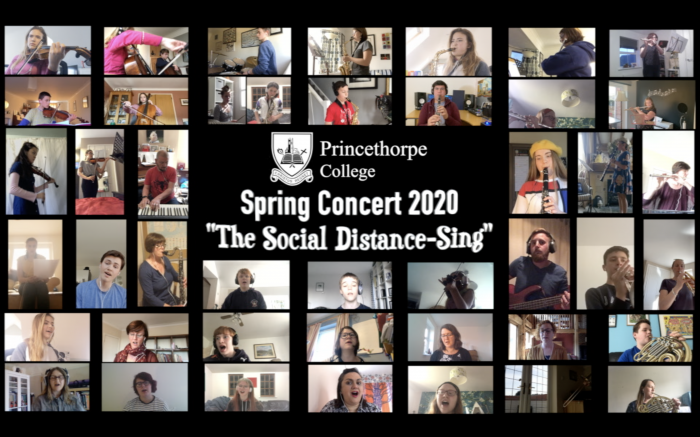 Upper Sixth Former, James Crabtree, fought his way through a tough selection process to be confirmed as part of the 23-man squad to represent England Counties U18 in their two-match series against Ireland.

James was amongst 160 boys who began by playing three inter-County games at Loughborough University, where he represented Warwickshire. He was one of 40 players picked to go forward to the Midlands squad, next he survived the cut to 30 after the first training session and then made it on to the final Midlands 23-man team.

James then played in a match against the North and one week later participated in an intensive residential weekend. With the Midlands team he trained at Warwick School, stayed on the Warwick University campus, and on the following day, faced London and the South East.

James was then picked by the selectors to be part of a 23-man squad to represent England Counties U18. James took part in a residential weekend where he completed team building exercises, field sessions and developed playing strategies. The team also played Worcester Warriors Academy, a great opportunity to gain game practice, and claimed a resounding 66-7 victory.

The original plan was to go on a further residential 10-day camp in April where the team were scheduled to play Ireland twice. Although sadly, due to the Coronavirus, this did not go ahead.

WCS Care, who run a number of local care homes, contacted us in March with a plea for Personal Protective Equipment. Supplies of essentials such as aprons, gloves and masks were running low as demand outstriped supply. Thinking very creatively, WCS Care approached local schools and businesses to see if anyone had any spare equipment they could use.

Of course, the College was only too happy to help and quickly put together 120 or so old but still usable face masks, 4 boxes of nitrile gloves (some 600 brand new gloves) and 30 sets of old but still useable goggles.

Jo Cheshire, Head of Marketing for WCS Care and a Princethorpe parent, said “One of our team had the idea that local school science labs could have equipment we could use - hence my email to Mr Hester. We needed to ensure we had what we needed to protect our staff.”

“Whilst some of the equipment is used, it really didn't matter as goggles can be hot washed and every extra mask or set of goggles  means we can protect more staff for longer and fulfil our duty of care to our staff and to our residents. We've had a great response, it's lovely to see the best in people at times like this.”

Working together and supporting each other is what really matters and Princethorpe was delighted to help. 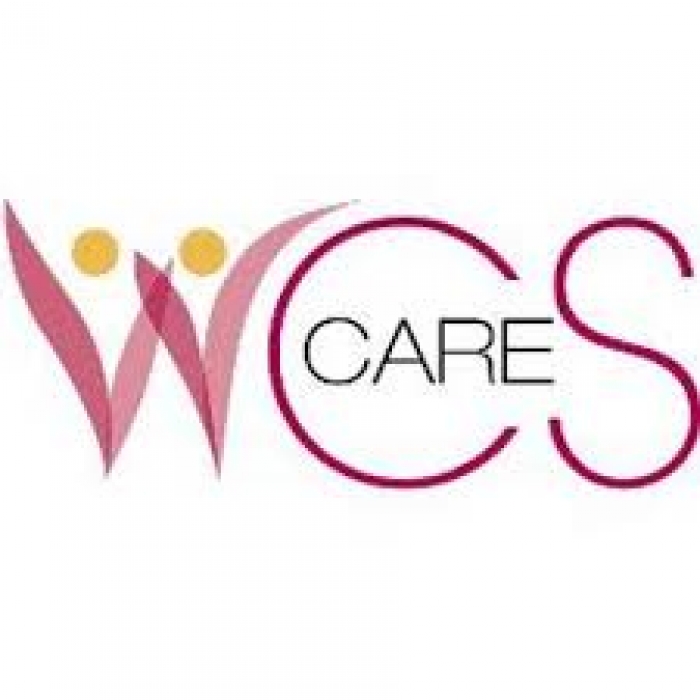 The latest edition of the College's Admissions Update e-newsletter was published in March. It was packed with news to give prospective parents and pupils a feel for College life, information on forthcoming events and helpful advice about the admissions process, particularly for those who are looking at entry in September 2021.

The newsletter is issued twice a year to coincide with key admissions periods and the next edition will be available in autumn 2020 just prior to the Entrance Examinations.

As the COVID-19 crisis continues we have moved our summer Open Evening online.

Please click here to go to the Admissions Update newsletter.

Or for further information on admissions to the school please contact the Registrar on 01926 634201 or 01926 634262 or email the team at admissions@princethorpe.co.uk.