We are delighted to share news of the safe arrival of Edward Alexander Moritz Robertson - Mo who was delivered safely at 23.59pm on the 5 May 2020.  Mo weighed in at 8lb 2oz.

Many congratulations to Head of More House, Simon Robertson, his wife Kristina and the rest of the family. 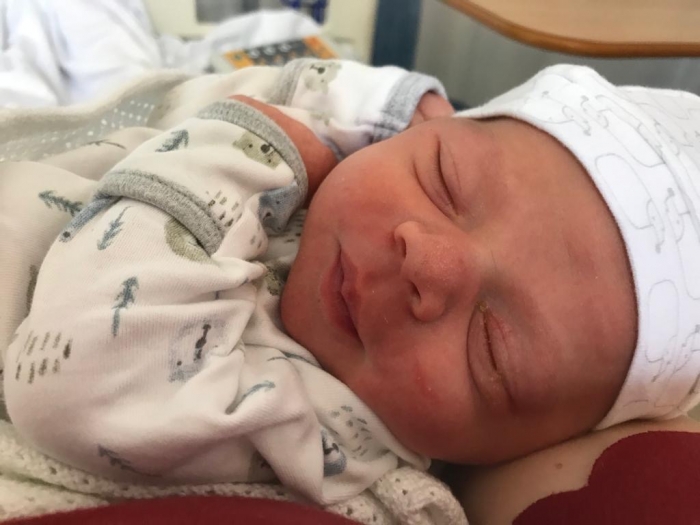 Adriano Di Maria, who attended the College from 2003 to 2009, and Sarah are pleased to announce the arrival of Giorgio Di Maria born at 32+4 weeks on Sunday 5 April, weighing in at just 3lb 2oz.

Adriano told us, "We are delighted that he is safe and sound and he is under the best possible care, the NHS staff have been amazing."

Conrgratulations to them both and a very warm welcome to baby Giorgio. 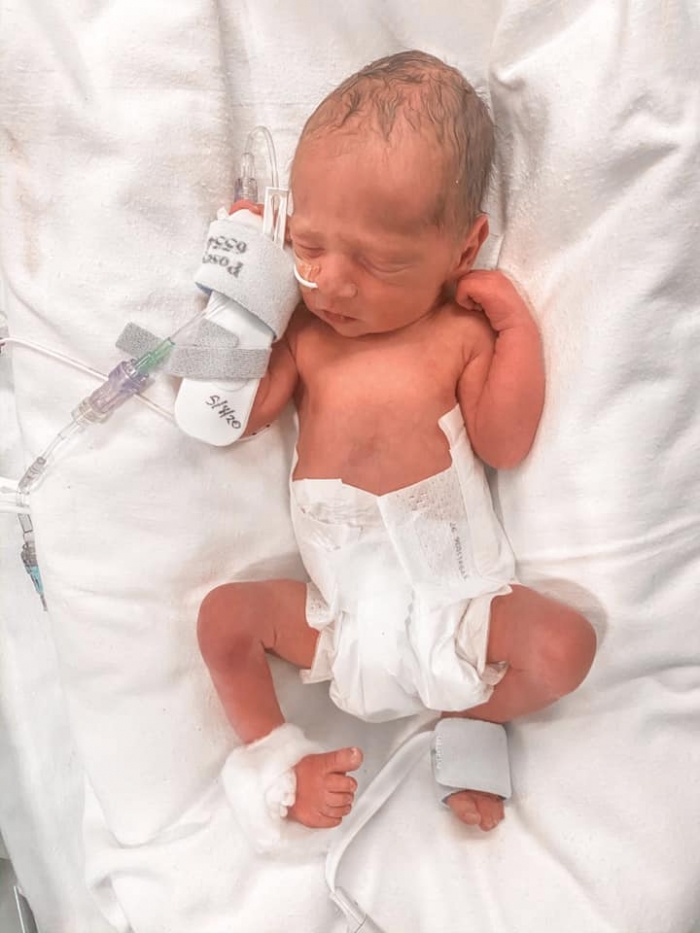 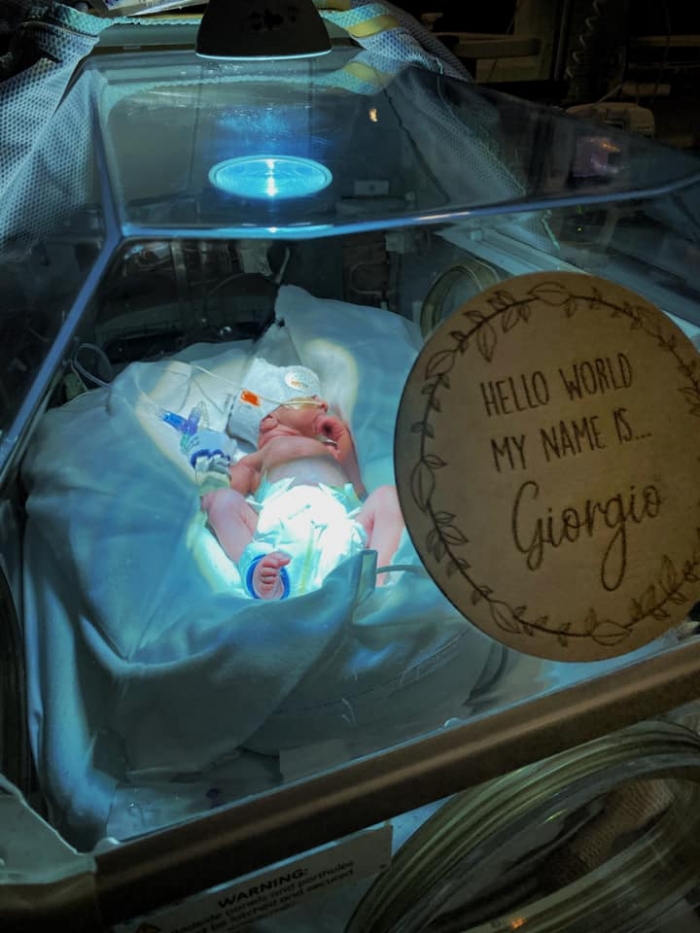 A Warm Welcome To Ben Harrison

Many congratulations and best wishes to you both.

Our best wishes and congratulations to them all.

Laura Curtis, a pupil at the College from 1998, and Nathan Osborne are delighted to announce the arrival of a baby boy, Jude William, born 6 April weighing 9lb 3oz.

Congratulations and best wishes to you all. 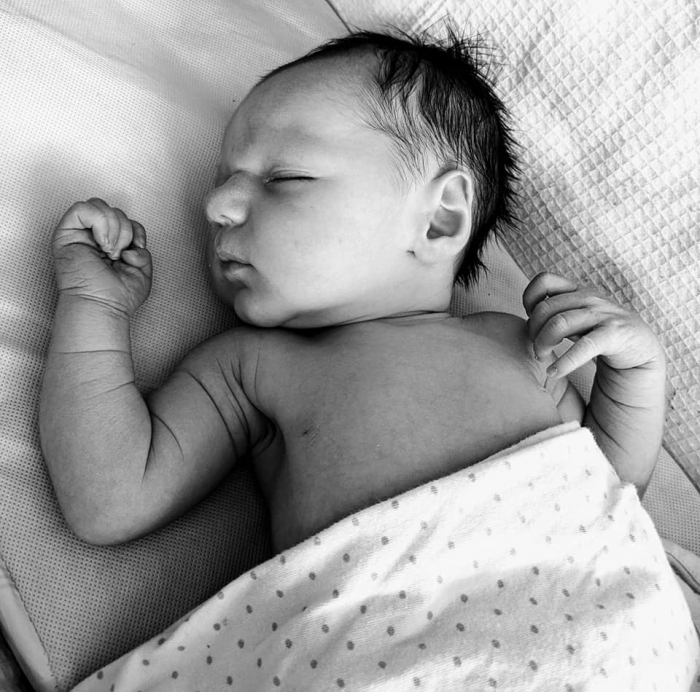 Neil And Sarah Announce The Arrival Of Felix

Neil Robson, a pupil at the College from 1993, and his wife Sarah are delighted to announce the safe arrival of their son Felix Arthur Robson on 2 May 2020 weighing in at 5lb 13oz.

Congratulations and best wishes to you all. 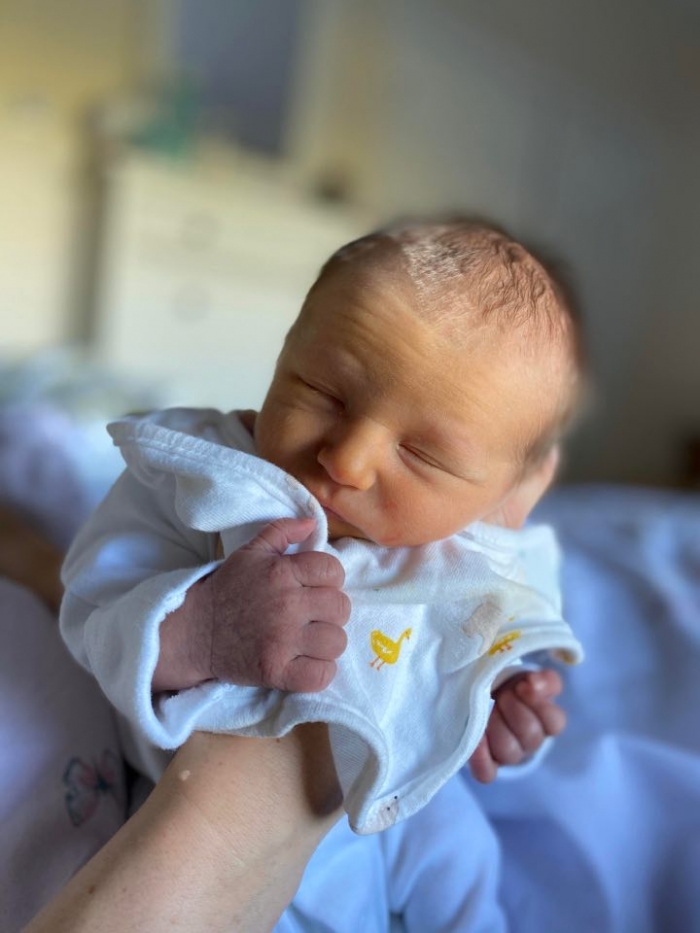 Sam Kendell, who attended the College from 2005 to 2009, and Hannah have welcomed their second child Zeke Theodore, born on Wednesday 15 April weighing 8lbs 8oz.

We were delighted to hear your happy news. 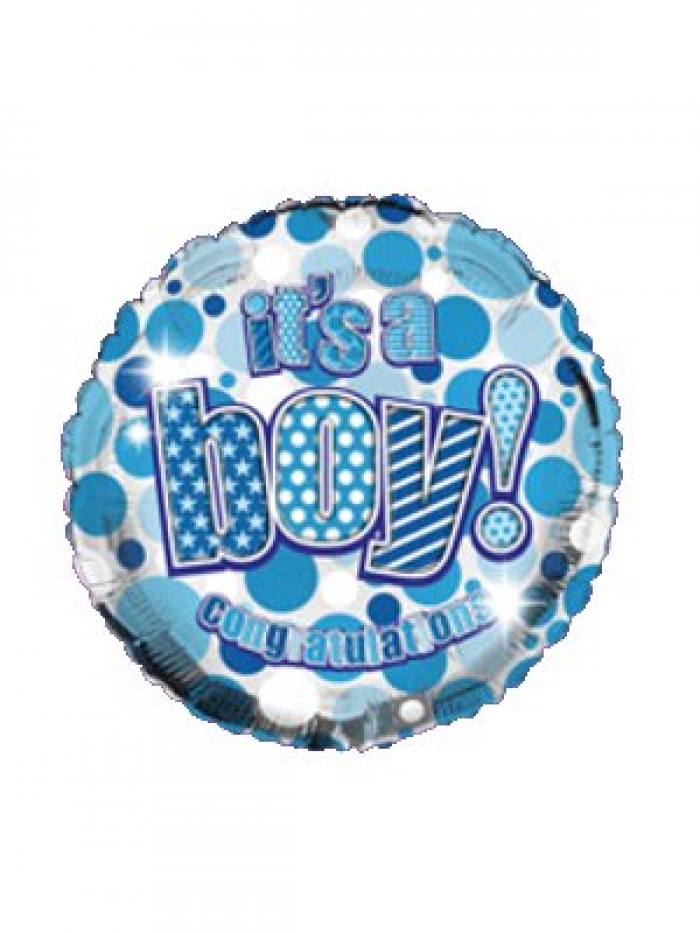 Sam Collins, a pupil at Princethorpe College from 1998 to 2005, and his partner Ruby have welcomed a daughter Etta born Friday 10 April weighing in at 6lb 13oz, a little sister for Edie.

Many congratulations to you all.

Australian Wedding For James And Cleo

James Griffin (class of 2000) moved to Australia in 2012 and on 6 October 2019 he married Cleo Westermann in the Forest Chapel, New South Wales

His brother, Chris (class of 2004) was Best Man and also present were his mum and dad, Liz Griffin (our Chair of Trustees) and former Princethorpe teacher Peter.

Their extended honeymoon took them all over South and Central America before sharing Christmas with all the family in Princethorpe.

We wish them every happiness for the future. 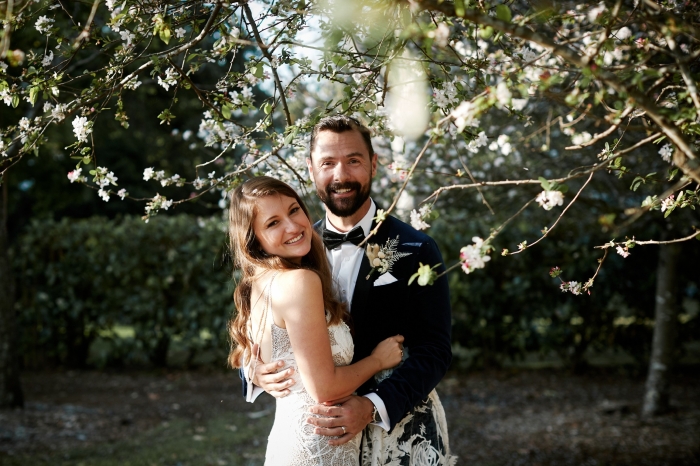 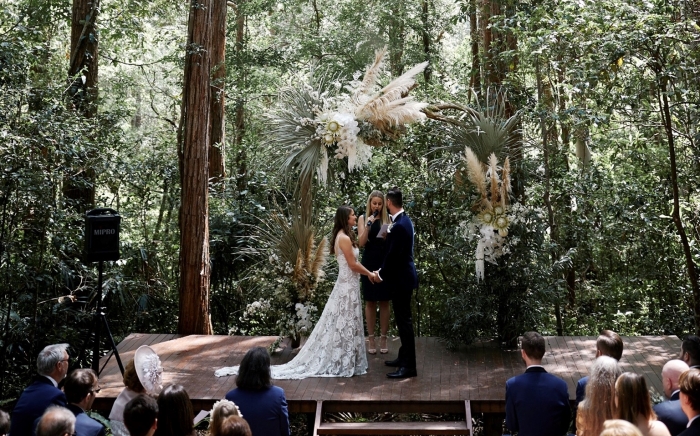 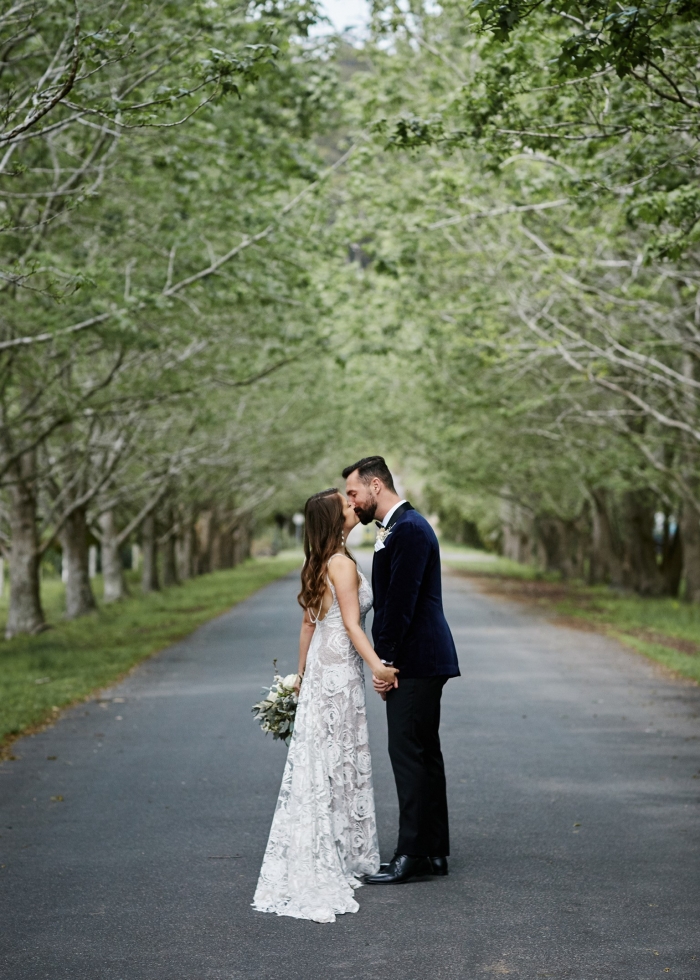 David And Aldona's Wedding Is Postponed

David Kilcoyne, a Princethorpe College pupil from 2002 to 2004, and his fiance Aldona were due to get married on 5 May. Sadly, like many other couples, they have been forced to put their plans on hold.

We look forward to hearing all about your wonderful day next year. We're sure it will be worth the wait. 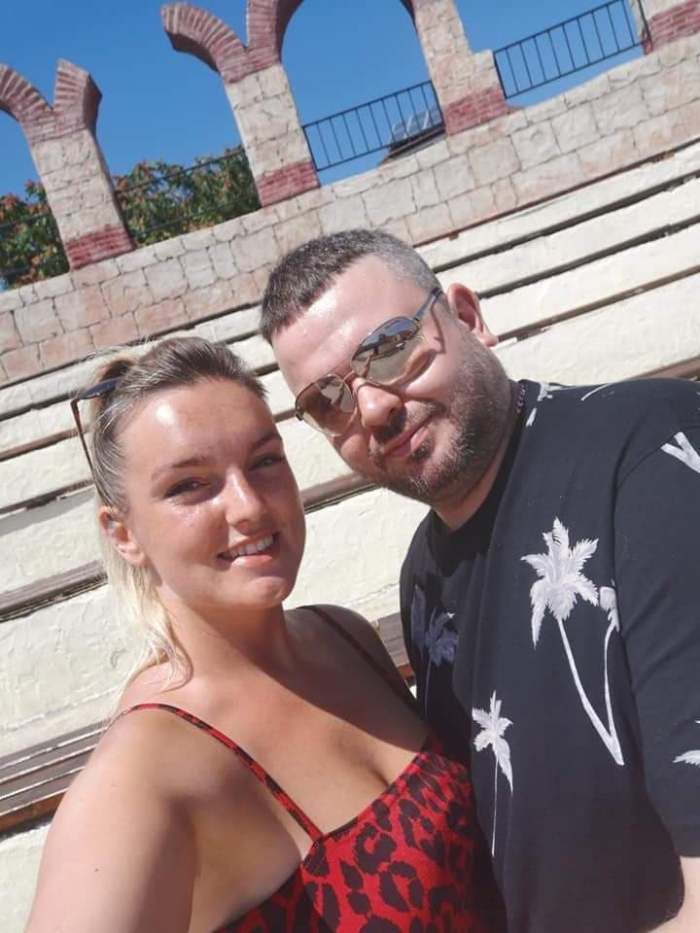 Jodie Fisher, a College pupil from 2006 to 2013, and her fiance Richard Kelsall were due to tie the knot this year on 23 May 2020. Sadly, as we are all well aware, recent events meant that their very special day could not go ahead as planned.  The good news is that an even more special day has now been arranged for Bank Holiday Monday 31 May 2021.

The wedding will take place in Rugby School's Chapel and will be followed by a reception in the Temple Speech Rooms.

We are so very pleased you have a new date to look forward to and send our best wishes to you both. 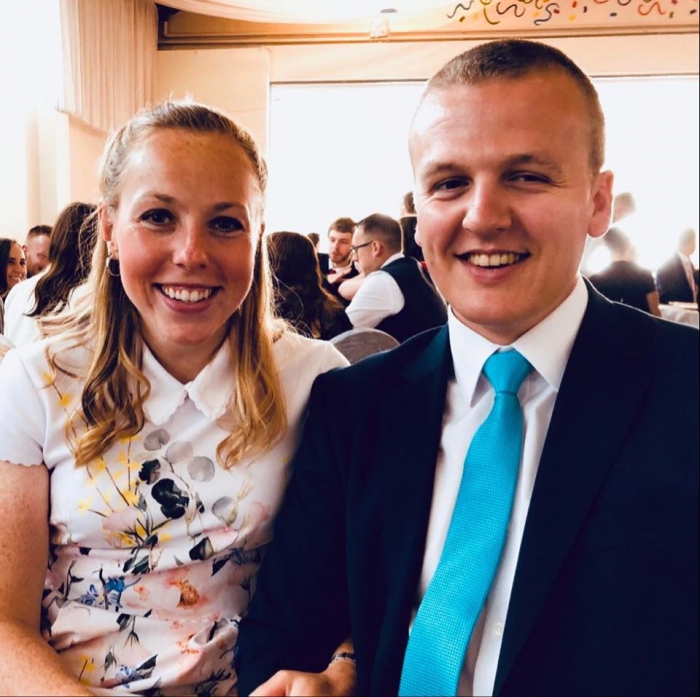 A Wedding Day Delay For Alice and Tom

Alice Pickin, a pupil at the College from 2005 to 2012, and her fiance Tom had been planning their special day for the last 15 months, but unfortunately their plans had to be put on hold due to the challenges faced by Covid-19.

Alice told us, "Our wedding was supposed to be on 4 May and we had had so much fun planning it for the last 15 months! I have always wanted a marquee wedding and luckily my parents' home (where I grew up) has plenty of space and is just across the lane from the church!

At the beginning of March our honeymoon was cancelled but we were still hoping our wedding could go ahead. As it got closer to the time though, we made the decision to postpone it as we didn't want to put anyone at risk and the hopes of our day being what we had dreamt of were diminishing quickly!

We plan to have a small ceremony as soon as restrictions lift on weddings, with as many, or few, people as we are allowed! Early next year we will then have a blessing in Church and our celebration as originally planned with all our family and friends present!"

Alice and Tom were able to safely visit the church on the original date of their planned wedding and were pleased to receive  many kind messages from family and friends.

We look forward to seeing the lovely photos and hearing about their celebrations what they happen next year. 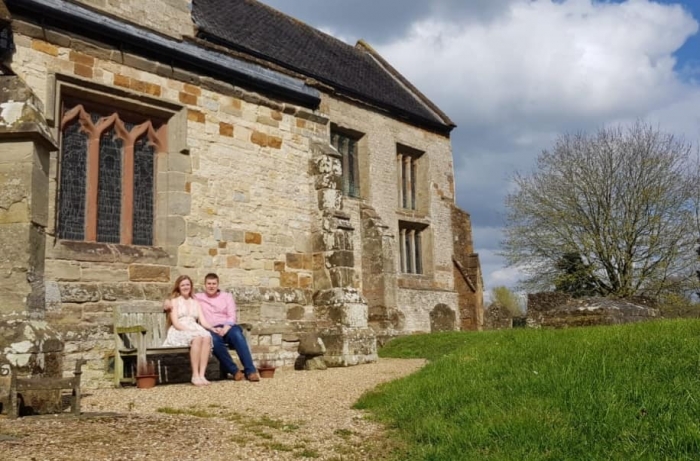 Eddie And Ann Mark Their Anniversary

Eddie and Ann Tolcher have just celebrated their 27th wedding anniversary.  They were married at Princethorpe on 1 May 1993.

Ann sent us this wonderful photo of them on their wedding day, and we just had to share it. The view has hardly changed in the intervening years, although the trees are a little bigger now.

Congratulations to them both, we hope you had a lovely, lockdown celebration. 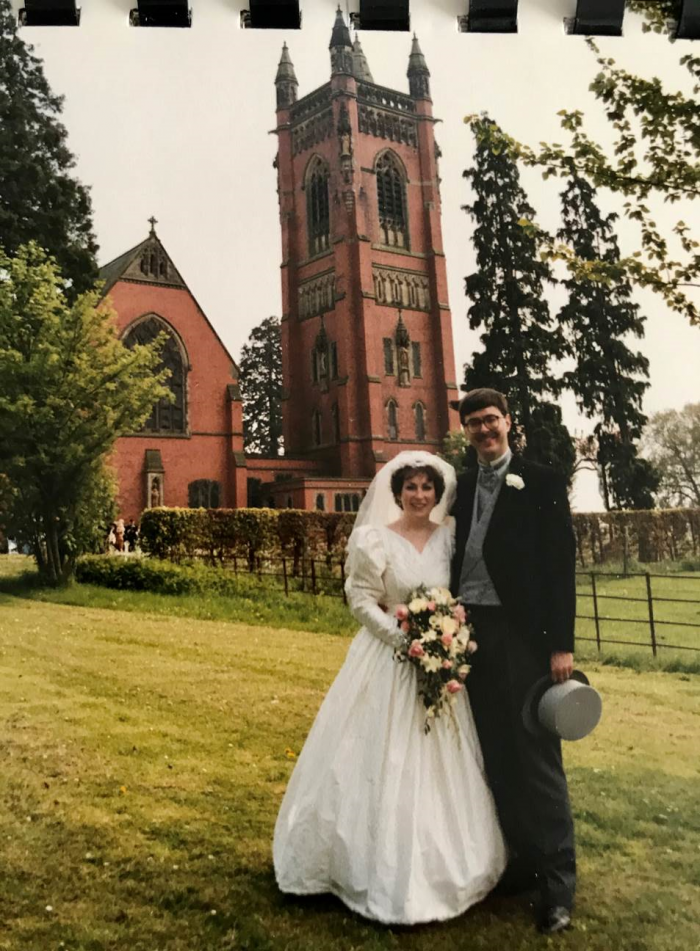 We are very sad to announce that Daniel Joseph Rollins, who was at Princethorpe College from 1989 to 1994, passed away peacefully at home with his family on 13 April 2020. Daniel had battled Non Hodgkin Lymphoma for two years.

Daniel fought with bravery, courage and kept his sense of humour until the end.

Daniel loved to make people happy with a joke and laughter was a big part of his life. His passion, enthusiasm and positive outlook were infectious. They were constant throughout his life and even throughout his illness.

Daniel will be missed immensely by his family, friends and colleagues.

"Daniel came to Princethorpe, following two or three years behind and in the footsteps of his brother Jacob (Jake). They came from a delightful family and knew how to behave, but had an enormous sense of fun and fair play; they were both very much true Princethorpians.

"Daniel still lived locally and I used to see him periodically at the pool in Leamington at the weekend when he took his youngster swimming. He visited Princethorpe two or three years ago at one of the Heritage Open Days and it was great to have a long chat with him and to show him around."

We offer our sincere condolences to Daniel's family and friends.

The Old Princethorpians were extremely saddened to hear of the passing of former parent, Philip Tillman, as a result of COVID-19 back in early April.

Philip, was the much loved dad of OP Luke Tillman, who left the College in 2012. Philip and his lovely wife Jacqui were welcome regulars at our Former Parents Brunches and Philip always brought his customary warmth and enthusiasm to the events.

Our heartfelt condolences go out to to all his family and friends, he will be very sorely missed indeed. 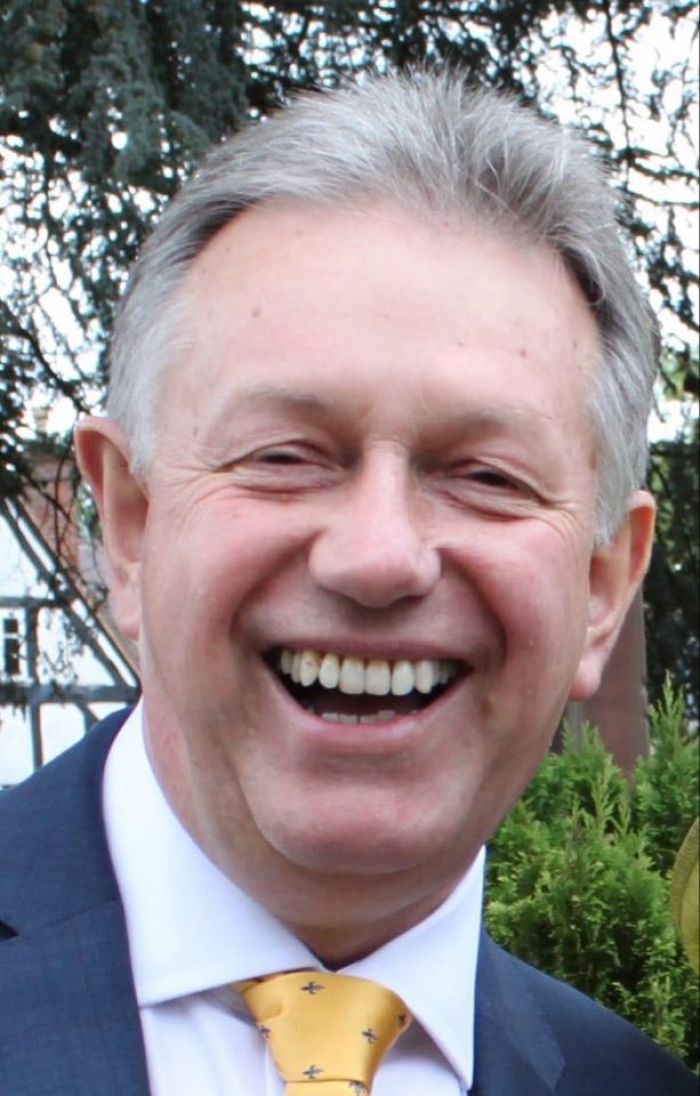